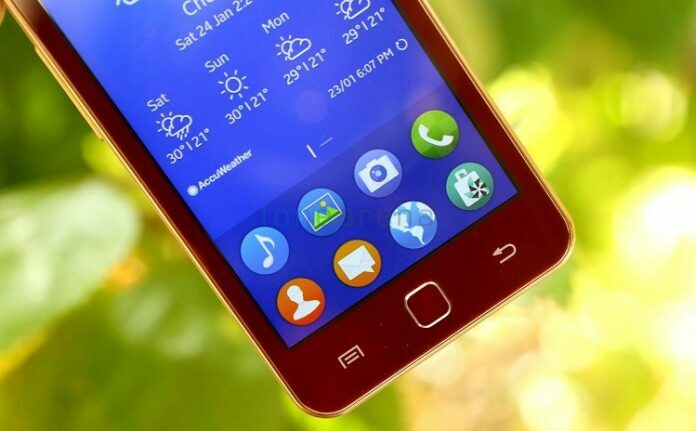 Samsung’s much awaited Tizen based smartphone Z1 that was thought to be coming by January 16 in India has now been spotted ahead of official announcement. Courtesy of MaheshTelecom, the famous Mumbai-based mobile retailer, the price of Z1 smartphone is revealed as Rs.5,700. As mentioned earlier, the new Z1 Tizen smartphone from Samsung is coming at under $100. The retailer has also shared a video on his fb account on how to install Whatsapp on the new Z1 smartphone. However, earlier leaked snapshots of Z1 smartphone suggested that Whatsapp may come pre-loaded in the smartphone. But the latest How to video hints that buyers need to install it manually from Tizen store.

The retailer has also listed specifications of Z1 smartphone. It features 4-inch WVGA (480×800 pixels) PLS TFT display. It is powered by 1.2GHz Dual core (SC7727S) Cortex A7 processor coupled with 768MB RAM. It comes with 4GB internal memory that can be expanded up to 64GB using microSD card. It has 3.MP rear camera with LED flash and a VGA front-facing camera. Z1 (Z130H) is a dual SIM smartphone that runs on Tizen 2.3 OS. It packs 1500mAH battery. Connectivity options include BT4.1, Wi-Fi b/g/n, Wi-Fi Direct, GPS, A-GPS, Micro-USB.

You can see the manual installation of Whatsapp on Z1 smartphone from here.